How woman infected 71 persons with COVID-19 through the elevator 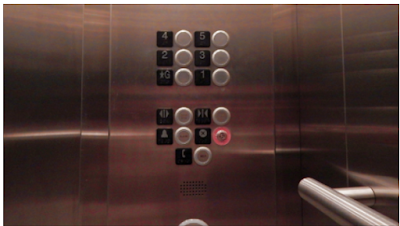 A woman in China accidentally infected at least 71 people with COVID-19 after using the elevator in her tower block, according to a study.

The study was carried out by researchers at the Chinese Centers for Disease Control and Prevention.

According to the report, the woman returned to her home in the Chinese province of Heilongjiang on March 19 following a trip to the United States.

Prior to her arrival, the region had not reported any new COVID-19 case in eight days.

It added that the woman did not exhibit any symptoms of the disease and tested negative for the virus upon arrival but placed herself on self-isolation at home.

She reportedly did not have any direct contact with anyone in her building and had not taken the lift with anybody but the report said a neighbour downstairs used the elevator after her at some point.

On March 26, her neighbour downstairs (described as patient B1.1) invited her mother (patient B2.2) and her boyfriend (patient B2.3) to stay the night and the visitors later attended a party with another group of people three days later.

Then, on April 2, one of the people who attended the party (patient C1.1) suffered a stroke and was taken to hospital while his two sons (C1.2 and C1.3) cared for him.

He was later transferred to another hospital because of fever. However, at this point, there was no obvious connection between him and the traveller and he was not tested for the disease,

On April 7, the mother’s boyfriend (patient B2.3) started showing COVID-19 symptoms. He tested positive for the disease two days later, becoming the first confirmed case in the cluster.

His close contacts, (the mother and her daughter), as well as the people he attended the party with subsequently tested positive for the disease.

The report said none of the patients had a travel history which suggested that they got infected from contact with other persons.

The man who had a stroke also tested positive for the disease on April 10 alongside his sons who took turns in caring for him.

He had infected a total of 28 other persons in the first hospital, including five nurses and a doctor, during his admission.

He also reportedly infected 20 other people in the second hospital he was referred to.

After investigators discovered the first woman’s travel history, she underwent a test on April 11 and it was found that she had antibodies, suggesting that she had previously contracted the virus.

As of April 22, she was asymptomatic, and a total of 71 positive cases had been identified in the cluster.

The researchers, therefore, concluded that the traveller must have contaminated the elevator, prompting a mass-spread of infections.

Her downstairs neighbour is thought to have contracted the virus while using the elevator before infecting her mother and mother’s boyfriend when they visited her apartment. The couple then infected the stroke patient and his sons during the party.

“We believe (the woman) was an asymptomatic carrier and that (the downstairs neighbour) was infected by contact with surfaces in the elevator in the building where they both lived,” the researchers said.

They concluded that their results showed how a single asymptomatic patient could spark “widespread community transmission.”