"How we lure children with biscuits" - Kidnapper reveals 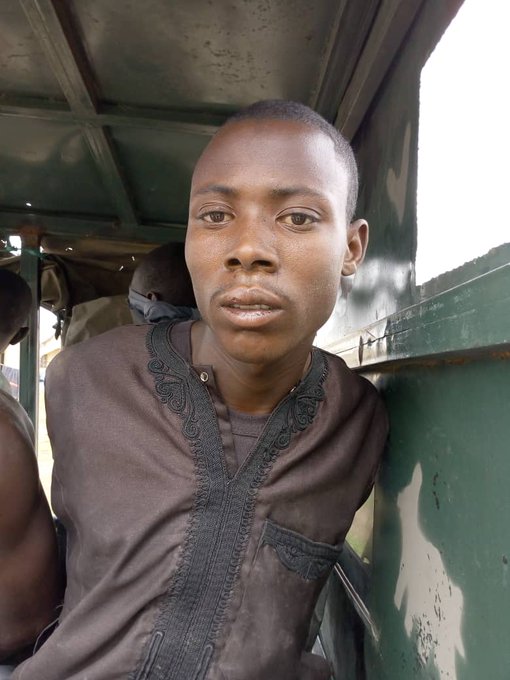 A 29 year-old suspected kidnapper and killer, Lekan Raheem, has told newsmen that he and his nine man-gang specialised in kidnaping children.

The gang which comprised two females and seven males killed their victims and sold their body parts to ritualists.


Raheem, a resident of Ojo area of Ibadan, Oyo State, made the confession while being paraded after his arrest by officials of the Nigeria Immigration Service, NIS, Oyo State Command, Ibadan.

He was later handed over to the police.

The Public Relations Officer, PRO of Oyo State NIS, Olufemi Adetunji, told newsmen that the suspect was arrested following a tip off by concerned citizens.

Raheem told NIS that his gang had a Micra Car with which they carried out their operations, adding that they would buy enough biscuits inside the car to entice the children.

The suspect was reported to have explained that anytime his gang came across any child walking alone along the road, they would stop and entice the child with biscuits, put him or her inside the car and zoom off.

Adetunji said the NIS, Oyo State Command has handed over the suspect to the Police to continue and conclude investigations.