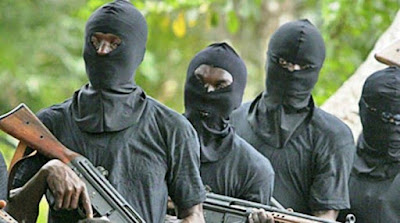 Gunmen have killed a Kaduna-based lawyer, Haro Gandu, while his wife and son, were abducted from their resident at Tollgate, along the  Kaduna-Abuja Expressway, Chikun Local Government Area of Kaduna State.

Gandu a staff of the State Ministry of Justice was killed when the gunmen broke into their home Sunday night.

Timothy Gandu, a former Commissioner of Economic Planning and brother to the deceased, confirmed the incident on Monday.

According to him, the gunmen broke into the house by forcefully pulling down one of the windows.


The former commissioner said the bandit first shot his brother in the shoulder and that as he attempted to escape, he was shot in the back.

Gandu said after he was killed, the bandits went ahead to abduct his wife and son.

He said, “They came to the house on Sunday night, pulled down the window and gained access.

“It is the same narrative of criminality everywhere. Bandits invading communities and breaking into homes, killing, and abducting  people.”

The police in the state had yet to confirm the incident as of the time of filing the report.

Kaduna State Command’s Public Relations Officer, ASP Mohammed Jalige, said he would link up with the Divisional Police Officer and the Area Commander for details  and get back to our correspondent.

The police chief said, “Let me make a phone call even though I am away on assignment, but let me link up with the Divisional Police Officer and the Area Commander and get back to you.”