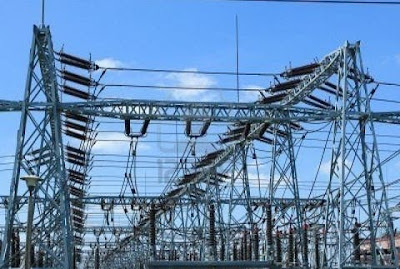 The House  of Representatives declared yesterday that Power Generating Companies, GENCOs, and Distribution Companies, DISCOs have failed, saying they have disappointed the citizenry.

The lawmakers made the declaration at the inaugural Investigative hearing by the Adhoc Committee on Power Sector Reform held at the National Assembly in Abuja.

Chairman of the Adhoc Committee and Majority Leader of the House, Alhassan Ado Doguwa, said the committee was inaugurated by the speaker, following a resolution of the House at plenary, to investigate and review activities in the power sector. He said:  “Since then, we have made efforts to carry out our mandate genuinely and painstakingly. We communicated with experts and relevant stakeholders, and today (yesterday), we are hosting this hearing.

“There is no gainsaying that the power sector is critical to our nation’s industrialisation and development. Interestingly, we are made to understand that the greatest issues bedeviling the sector after the unbundling of the defunct National Electric Power Authority, NEPA, is the inability to effectively transmit and distribute electricity supply across the country.


“The inability of some of these institutions to meet the covenant obligations they entered into at the time of privatization has reduced the capacity to enable reliable and quality electricity supply for both domestic and commercial use.’’

More than 600 firms bid for Nigeria’s 57 marginal oil fields
He also talked about   operators complaining that the electricity tariffs were not cost-reflective.

Doguwa noted that while Nigerians appreciated the efforts of institutions created from the unbundling, particularly the GENCOs which now have the capacity to generate over 10,000 megawatts of electricity, it was becoming clearer that the DISCOs and transmission companies must do more to improve electricity supply in the country.

“Sadly, it appears to the common man that there is hike in electricity tariff without corresponding increase in quantity and quality of electricity supply.   This is, indeed, the crux of the matter under the mandate of this ad hoc committee,” he added.

The Adhoc committee chairman said as part of Federal Government’s effort to improve the situation brought about by the inability of value chain players to meet their basic obligations, it invited the German government to help the poor state of power in Nigeria.

“This is the situation that crystallised in what is now called the Siemens Intervention deal.  lncidentally, the above and many other concerns are the reasons we invited various stakeholders and well-meaning Nigerians to this hearing,” he added.

Earlier, speaker House of Representatives, Femi Gbajabiamila, while declaring the hearing open, said  the power sector problems had led to poor supply of electricity over the years and dampened the hope of Nigerians for industrialization and overall development. “It is no longer news that despite huge investments in the power sector, little progress may have been made.

‘’It is becoming increasingly, worrisome that successive governments have been unable to fix the issue of power in our country, with the current state of electricity supply apparently dampening the hopes of landmark industrialization and national development.

“It is our belief that you shall be equipping the committee with ample information on the status of the power sector, next lines of action and the inter-play between major players in the sector,” the speaker added.