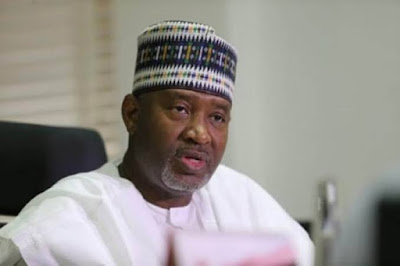 The Federal Government says it is probing  Governor Ahmadu Fintiri of Adamawa State; the immediate past Governor of Zamfara State, Abdul’aziz Yari; publisher of Thisday Newspapers, Nduka Obaigbena, for allegedly flouting the Covid-19 guidelines at airports.

The Minister of Aviation, Hadi Sirika, said this during the briefing of the Presidential Task Force on Covid-19 on Thursday.

Sirika said if they were found not culpable after investigation, the government would apologise to them.

He said, “These alleged unruly passengers included the former governor of Zamfara State, Abdulaziz Yari, whom I spoke to yesterday at length; the current governor of Adamawa, Ahmadu Fintiri. Mind you, that of Abdul’aziz (Yari) was on Saturday in Kano; that of Fintiri was in Port Harcourt; and then Chief Nduka Obaigbena was here in Abuja.

The minister said the government would not condone any acts of recklessness at the airports.

He said the Nigerian Civil Aviation Regulations stated how unruly behaviour should be addressed at the airports.

Sirika said, “Part 17, Section 97(2), defines unruly behaviour as fighting or other disorderly conduct onboard an aircraft or within the vicinity of the airports.”

He noted that disobedience to lawful instructions issued by the captain or flight crew, cabin crew, check-in or security screening staff was also a criminal offence.

“If you refuse their instructions, you have become an unruly passenger,” the minister said.

Sirika advised VIPs to comport themselves or risk being prosecuted and sent to jail.

The minister added, “It (the law) recommends the punishment of criminal referral for imprisonment for not less than two months. It can be 10 years. So, if you are found to be an unruly passenger because you are a VIP, the simplest thing we can do is to refer you to the police and they must by law prosecute you and it will not be for less than two months. Nobody wants to be a criminal for one minute

“So, if you are a VIP, show you are a VIP by conducting yourself in a manner you want to be identified with. We have some videos of these unruly passengers and the punishment will not be less than two months if found liable by a court of law.”

When contacted by the Punch, however, the publisher of Thisday Newspapers denied allegations of breaching Covid-19 protocols.

One of our correspondents told him that the minister accused him and some other top government functionaries of breaching protocols at airports.

“You are now making that up. The minister never made such an allegation. When you have an allegation then contact me again. Cease and desist from fabricating stories,” he said.

A statement by the ex-governor read in part, “We wish to state categorically that Abdulaziz Yari did pass through the airport on the said day, but did not assault any airport official. He also followed all the Covid-19 preventive protocols set by FAAN.”