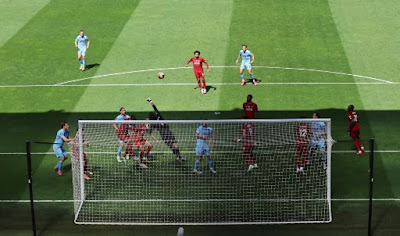 Clarets striker Rodriguez swivelled and fired home from inside the box following a James Tarkowski header to reward Sean Dyche’s side for their resilience and persistence in the face of large periods of home dominance.

The visitors could even have left Anfield with all three points, but Johann Berg Gudmundsson fired an effort against the crossbar with just minutes remaining.


Andy Robertson had given the home side the lead in the first half, but they also spurned a number of good opportunities to score more, with Mohamed Salah and Curtis Jones guilty of wayward shooting.