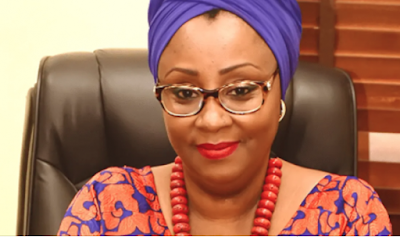 Hadiza, the wife of Nasir el-Rufai, governor of Kaduna, has indulged in a lexical play that seemed to be a dig at Hushpuppi, a Nigerian celebrity, who is currently detained in the United States on cyberfraud allegations.

She took to her Twitter page on Friday to join other Muslims across the world to mark this year’s Eid-el-Kabir celebration with a post which appeared to have interspaced the figure “419” (fraud) with parts of Hushpuppi’s name.

“Barka da Sallah. I’ve sent your Sallah meat by DHL. Tracking Number: Hush419Pup,” the governor’s wife wrote in the tweet which has now gained the attention of Nigerians.

Hushpuppi, whose real name is Raymond Igbalode, has been in a legal tussle with the Federal Bureau of Investigations (FBI) after his arrest in Dubai and subsequent extradition to the US.

Last month, the self-acclaimed influencer was busted alongside 11 associates after he was alleged to have committed crimes including hacking, impersonation, scamming, banking fraud, and identity theft.

Following his expulsion to the US, he was arraigned and detained at Chicago’s Metropolitan Correctional Center (MCC), from where he hired a lawyer in defense of himself.

It is understood that he could be sentenced to 20 years in prison if convicted.