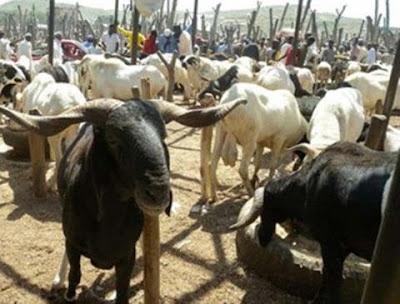 The Chairman of Nigerian Veterinary Medical Association, Kano State, Dr Abubakar Sani Inuwa, has warned the Muslim faithful against the use of tyres for burning of Rams and others for the Eid-el-Kabir Sallah celebration saying it is capable of causing cancer.

lnuwa made the call on the heels that most Muslim faithful are fond of the practice.

In a statement by the Association’s Public Relations Officer, Dr Junaidu Yakubu Muhammad, the Chairman also warned against the slaughtering of ram with any symptoms of diseases which could be transmitted to the human.

According to the statement, “it is part of the responsibility as veterinary doctors to protect the health of the animal and improve the well-being of humans.


“To that effect, we advise that the animals to be slaughtered must be free from any signs of disease such as diarrhoea, discharges from natural orifices, persistence and frequent coughing, external injuries among others in order to avoid transmission of diseases from animals to humans.

“Furthermore, the animals should not be given drugs especially antibiotics for at

least two weeks before slaughter because of the chance of developing antimicrobial resistance in humans.

“After slaughter, the animal organs such as lungs, liver, heart, kidney and entire the carcass should be thoroughly observed for any abnormalities especially change in colour, odour, texture or abnormal growth.

“Similarly, caution should be taken during the burning of head, skin and legs as many people use old tyres which contain carcinogenic agents capable of causing cancer in humans. It is advisable to use cooking gas or firewood instead.

“Finally, the association wishes the entire Muslim umma a happy and hitch-free Eid-el-Kabir celebration,” the Chairman, Inuwa however stated.