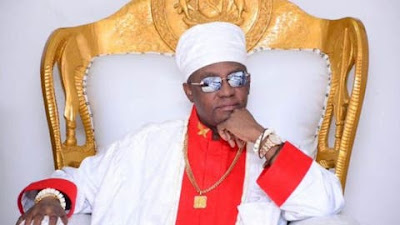 The Oba of Benin, Omo N’Oba N’Edo Uku Akpolokpolo, Oba Ewuare II, yesterday, warned politicians against turning the state into a war zone as they campaign for the September 19 governorship election.

He spoke against the backdrop of the clash of supporters of Governor Godwin Obaseki of the PDP, and Pastor Osagie Ize – Iyamu of the APC in front of his palace, last weekend.

Violence broke out between supporters of PDP and APC after the visit of Governor Obaseki, who led other PDP governors and national leaders of the PDP to pay homage to the monarch before the flag-off of his governoship campaign. Scores were left injured

Reacting to the clash, the Monarch in a statement signed by the Secretary of Benin Traditional Council, BTC, Frank Irabor, condemned what he described as unruly behaviour of supporters of the politicians even as he reiterated that the palace remains non-partisan.


The statement said the Oba remains committed to peace, and peaceful governorship elections in the state.

The statement read: “The BTC wish to state that His Royal Majesty warmly welcomed the August visitors led by Governor Godwin Obaseki of Edo.

“The meeting was cordial. During the meeting, the Oba recalled the warm reception accorded him by Governor  Nyesom Wike and Governor  Aminu Tambuwal when he paid a Thank You visit to both states. The courtesy of the esteemed August visitors to the monarch ended very well.

“We were therefore surprised to hear later that there was an incident outside the Palace, directly in front of Oredo Local Government Secretariat. His Royal Majesty condemns this unruly behaviour that occurred in front of the Palace.

“We wish to emphasise once more that the Benin throne is not partisan. The BTC uses this medium to advise all political party members not to turn Edo State into a war zone because of gubernatorial ambition.

“His Royal Majesty is committed to peace and tranquility in the state and, peaceful upcoming gubernatorial election.”