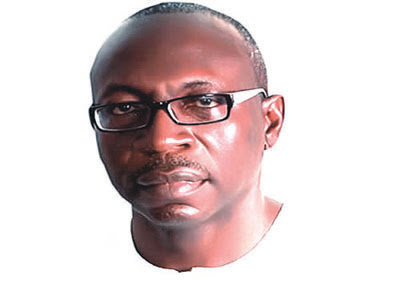 The candidate of the All Progressives Congress for the September 19 governorship election in Edo State, Osagie Ize-Iyamu, has said contrary to reports, he never poured acid on a fellow student when he was an undergraduate at the University of Benin.

During the 2016 governorship electioneering, a former governor of the state, Adams Oshiomhole, had during campaign alleged that Ize-Iyamu, who was the candidate of the Peoples Democratic Party in that election, poured acid on a student.

But in an online television programme monitored in Benin City on Sunday, Ize-Iyamu said he drew the attention of the then UNIBEN administration to the plight of the student.

Ize-Iyamu, who said he ensured the student got first aid treatment, however, said himself and others linked to the incident were rusticated because the identity of the culprit was never known.

He said he gained admission into the University of Benin in 1980 to read Political Science, but later changed to law and did not graduate until 1986 because he was rusticated for about two years.

He said, “When I was in the university, I was a member of the Pyrates Confraternity. At that time, we didn’t look at it as a cult arrangement but some people were already coming in with tendencies to create problems. We had this very confrontational group and one evening, somebody reported to us that they beat up a final year student who was also close to us and they mentioned the names of those involved, and we said no, this is bad.
“Don’t also forget too that I was a students’ union leader, very prominent in the students’ union congress. So, myself and some persons who heard about this complaint said let’s go and see the people concerned and talk to them.

“We went there and met with the people concerned. They opened the door for us and we were discussing the matter under a very cordial atmosphere only for some people to come in and before we knew it, there was smoke in the whole place and somebody shouted acid and was screaming. It was then I realised that somebody has poured acid on somebody and I quickly rushed to the security post. I brought them in and we took the young man to get first aid treatment.

“Of course, the school set up an inquiry, and the person that was affected admitted that I was the one who brought security agents and that I was able to take him in for medical attention. I asked who poured it and he said he didn’t know.

“He said he knew the face but didn’t know his name and nobody appeared to know the name and the university said since you people don’t want to mention the name, we are going to sanction all of you. Before we knew it, they expelled us.

“The reason they gave was that they expelled us for belonging to a proscribed organisation. But the long and short of it is that we were on it for two years till 1986 when the Senate held a meeting and said these guys have been punished enough, that if you look at the records, they were not the one that committed what happened, so, we were called back, graduated and then went to the Law School.”