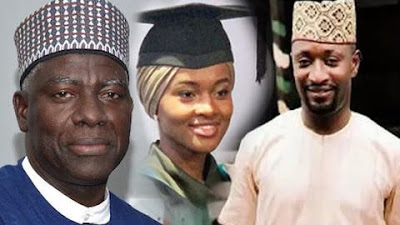 The Department of State Services has filed an appeal against a N10m judgment in the case involving the purchase of a SIM card previously owned by the President’s daughter, Hanan Buhari.

Justice Nnamdi Dimgba of a Federal High Court had in May ordered the DSS to pay a trader, Anthony Okolie, who was detained for 10 weeks without charge for buying Hanan’s old SIM card.

While the court absolved Hanan and MTN of blame, it ordered the DSS to pay Okolie N10m for trampling on his rights.

After winning the case, Okolie’s lawyer, Mr Tope Akinyode, vowed to recover the judgment debt and threatened to institute contempt proceedings against the Director-General of the DSS over non-payment.

However, the DSS has lodged an appeal over its defeat and the security agency is seeking to obtain a stay of execution to bar Okolie from enforcing payment of the judgment sum until the appeal is determined.

Reacting to the development, Akinyode, who is also the National President of Revolutionary Lawyers’ Forum, said the application for stay of execution would be opposed and his client would be asking the court to compel the DSS to pay the judgment sum into an interest yielding account to be designated by the court.

The lawyer said, “We are vehemently opposing the application for stay of execution. It’s a frivolous ploy by the SSS to delay payment. We will be asking the court to compel them to make payment into an interest yielding account designated by the court and whoever wins at the appellate court will harvest the money.

“Also we’ll be cross appealing against the remaining two defendants, especially the daughter of the president about who we were able to place convincing evidence of her involvement before the trial court.”

The case has been fixed for July 7, 2020, for argument by the parties.