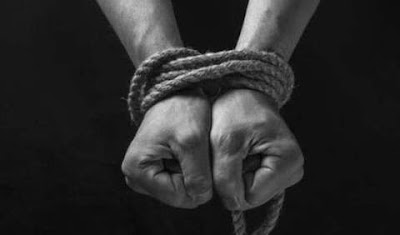 Tension heightened, Saturday in Asaba, the Delta State capital, following the kidnap of the Chairman of Nigeria Labour Congress, NLC in the State, Comrade Goodluck Ofobruku by gunmen at about 8pm.

The Labour leader was driving out, behind Immigration office along Ibusa on the Ughelli/Asaba Road when he was abducted by the gunmen who were robbing a drinking joint in the area.


Ofoyade said he was intercepted by the hoodlums along his street, adding that the abductors were yet to establish contact with the family of the victim.