Daura’s comment on zoning was ‘taken out of context’ 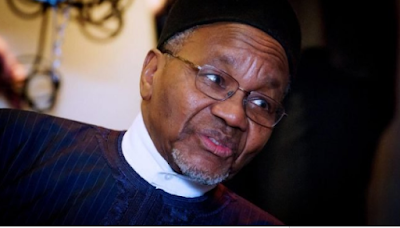 A group known as the Young Nigerian Professionals says the comment of Mamman Daura, nephew of President Muhammadu Buhari, on zoning, was taken out of context.

In an interview with BBC Hausa, Daura had said it is better for competence to prevail over zoning.

On his part, Edwin Clark, elder statesman and leader of the Pan Niger Delta Forum (PANDEF), asked the president’s nephew not to jeopardise the country’s unity with his comments.

But Charles Folayan, a spokesman of the group, said those who criticised Daura over his comments did not take time to study what the elder statesman said.

“The reactions of the socio-cultural groups like Ohanaeze, Afenifere among others to Malam Daura’s remarks were too quick, that they did not appreciate the substance of his important comments,” he said.

“Any politician or leader in fact, that is serious with the development and growth of this country will tell you that Nigeria needs to move away from that pattern of zoning baton-leadership.

“It does not, and cannot guarantee us the kind of credible and sophisticated leadership Nigeria needs at this point.

“What we want to have on the ballot are options that offer us credible and meritocratic leaders, not leaders based on ethnic or religious sentiments.

“It is unfortunate that leading socio-cultural groups in the country have clothed these innocuous and critical commentary with the garb of ethnicity.”

Folayan advised people to reserve their comments until the full interview is aired by BBC Hausa.