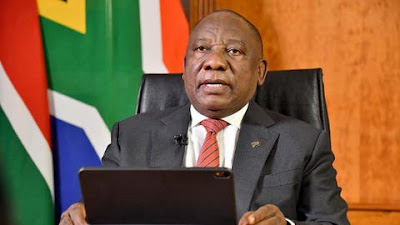 Two South African cabinet ministers have been hospitalised with coronavirus, the government announced on Tuesday.

Cabinet spokeswoman Phumla Williams said in a statement that they were hospitalised on the advice of their doctors for “better medical attention” and monitoring.

They both tested positive for coronavirus around a week ago and had been in self-quarantine at home.


Three ministers have so far contracted the virus in South Africa, which has the highest numbers of diagnosed infections in Africa and ranks fifth in the world after the United States, Brazil, India and Russia.

The third is Defence Minister Nosiviwe Mapisa-Nqakula, who has recovered, the government announced on Friday.

South Africa has recorded 373,628 cases of coronavirus, at least 5,173 of whom have died, according to official figures.