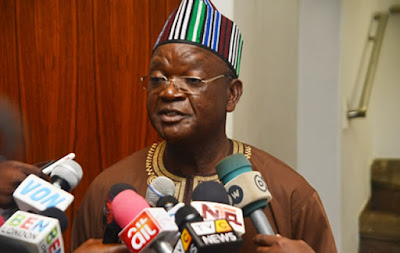 Benue State Governor, Samuel Ortom, has announced that Secretary to the State Government, Tony Ijohor and his Chief of Staff, Terwase Orbunde have tested positive for COVID-19.

The governor made the disclosure on Saturday while briefing newsmen in Makurdi, the state capital.

He said it was “no longer news that my wife, one of my sons and staff tested positive to the virus”.


Ortom noted that the test was carried out about a week ago.

He said when the result came out, 35 people tested positive.

“My test result came out negative. But the medical officers said that another test will be carried out on me after three days.”

Ortom told newsmen that he would isolate himself until he has clearance from the medical officers, noting that COVID-19 is real.

“I want my people to be alive and free from the disease. We have to stop the spread of the disease by maintaining all the COVID-19 protocols.

The governor added that “even if someone who tests positive to the disease has underlying ailments and the virus is detected early enough it will not kill the person.”.