COVID-19 is here to stay forever, even when a vaccine is found - Sceintists 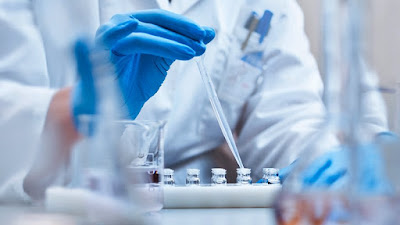 Even with a vaccine, Covid-19 could come back every year like the common cold, according to new research by scientists at King’s College London.

The scientists said immunity to the virus may only last a matter of months.

According to the research, the scientists analysed the immune response in more than 90 NHS healthcare workers and patients to examine the strength of viral antibodies.

The results suggest that a vaccine may not be the end-all silver bullet for the virus.


They said regular boosters may be required to protect against the virus in future.

“People are producing a reasonable antibody response to the virus, but it’s waning over a short period of time,” Dr Katie Doores, the lead author who specialises in research on neutralising antibody responses against pathogenic viruses, told The Guardian in the UK.

“Infection tends to give you the best-case scenario for an antibody response, so if your infection is giving you antibody levels that wane in two to three months, the vaccine will potentially do the same thing.

“People may need boosting and one shot might not be sufficient.”

Results from the study showed peak immunity to Covid-19 occurred about three weeks after the onset of symptoms before a steep decline.

While researchers found the strength of naturally produced antibodies were dependent on the severity of symptoms, scientists recorded a drop-off in the body’s ability to fight the virus.

Of those checked, just 17 per cent retained the same strength of antibodies as seen at the height of their symptoms just three months later.

In some cases, antibodies were even undetectable in a follow-up analysis.

The study’s authors said the findings could impact the hopes of “herd immunity” controlling the virus and placed more emphasis on finding an effective vaccine and the need for follow-up boosters.

An effective vaccine is likely to be months away from community use.

Results from early testing at the University of Oxford have shown lower levels of antibodies are produced in macaques infected with the virus who have been given a trial vaccine.

While the animals are protected from serious illness, they still became infected and were able to pass on the virus.

A multitude of other pharmaceutical firms, biotech companies and universities are working towards finding an effective vaccine for Covid-19.

So far, 19 vaccines from China, Germany, Russia, South Korea, the UK and the US have entered clinical trial stages from 149 research programmes.