Court to hear suit against conviction of Funke Akindele, husband, others 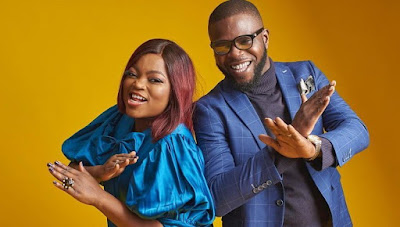 A Federal High Court in Lagos has fixed July 10 to hear a suit challenging the conviction of popular actress, Funke Akindele, her husband, Abdulrasheed Bello (JJC Skillz), and 236 others.

A lawyer, Olukoya Ogungbeje, is seeking a declaration that the law upon which Akindele and others were convicted was inconsistent with the 1999 constitution.

Akindele and others were arrested, tried and convicted for violating the Lagos State Infectious Diseases (Emergency Prevention) Regulations 2020.

The movie producer had hosted a birthday party in her Lagos residence to celebrate her husband’s birthday.

But Ogungbeje is arguing that the arrest, arraignment, trial, conviction and sentencing of the Akindele and others lacks legal backing.

The legal practitioner insists that the offence for which they were convicted was unknown to the law and could not be grounds for criminal liability.

“I have a duty to protect and defend the sanctity of the constitution of the Federal Republic of Nigeria from any contravention or infraction,” the counsel said.

He cited an Appeal Court’s decision in 2016 involving Faith Okafor vs Lagos State.

Ogungbeje submitted that a violation of such regulation could not result in criminal liability.