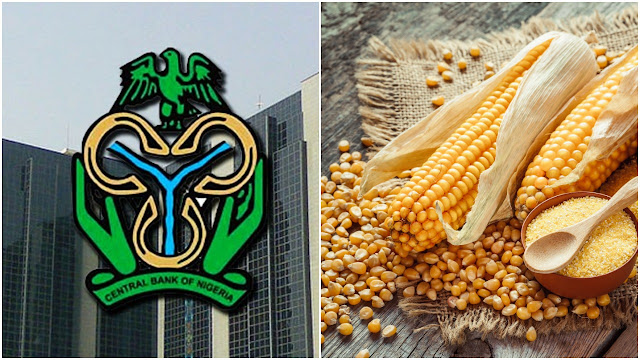 The recent directive by the Central Bank of Nigeria,banning the importation of maize, has been described as ill-timed, with potential negative consequences for Nigeria’s poultry sector. The apex bank had on July 13 restricted access for importation of maize through the official CBN forex window.

It hinged its decision on the need ‘to increase local production, stimulate a rapid economic recovery, safeguard rural livelihoods and increase jobs which were lost as a result of the ongoing COVID-19 pandemic.’

However, Dr. Ikechukwu Kelikume, the Programme Director of the Lagos Business School Agribusiness programme, stated that the policy could further compound the woes of poultry farmers given that maize, which constitutes over 50 per cent of poultry feed content is currently very scare, and where available, is very expensive, even as the price keeps rising.

Although admitting that the CBN’s earlier policies of Agric, Small and Medium enterprise scheme and the Anchor Borrowers Programme have been largely successful, he opined that the current decision to discontinue the processing of Form M for the importation of Maize could reverse the gains of those interventions.

On the consequences of the CBN directive, Kelikume said: “The situation spells doom for poultry farmers across the country who are beginning to cut down on production because of the high cost of feed and imported medication for the birds. A negative spillover effect of the high cost of feed is the scarcity of eggs and a consequent rise in its price across the country. The implications of the current challenges in the maize value chain are that the gains of employing more people in the agricultural sector will be rolled back in the coming months.”

He added: “As it stands, there is no alternative for the poultry farmers, as the poultry sector will face a catastrophic shortage of feeds, a critical input in their business. This situation will render tens of thousands of them unemployed and undo all the gains made by this sector in the past five years. Thousands of poultry businesses will shut down in the face of high operating costs, leaving business owners and their employees without a means of livelihood.”

The University Don stated that the apex bank’s decision to ban maize importation was too abrupt, urging the CBN to reverse the decision. “As a matter of necessity, the CBN’s decision to discontinue the processing of Form M for the importation of Maize/Corn must be revisited. It is expedient at this time for the Central Bank to allow importers of Maize to import it through the CBN Foreign exchange window, to close the gap in maize shortage while preparing for a phased discontinuation of maize importation in the country,” he said.

He estimates the current shortfall in the maize value chain to be around 100,000 metric tons, which translates to an import bill of less than $20 million, describing thatas a negligible import burden, even in the current tight foreign exchange situation, and a small price to pay to salvage the poultry sector.
The LBS Agribusiness Programme Director further counselled: “The time to act is now.

The government must put its mechanism in place to import Maize into the country as a temporary measure to plug the pending scarcity that is imminent in the last quarter of the year 2020. Nigeria has a high production potential for maize. Notwithstanding, the current challenge is that the production and supply bottlenecks in the sector have first to be checkmated for any meaningful import restriction measure to be effective.”