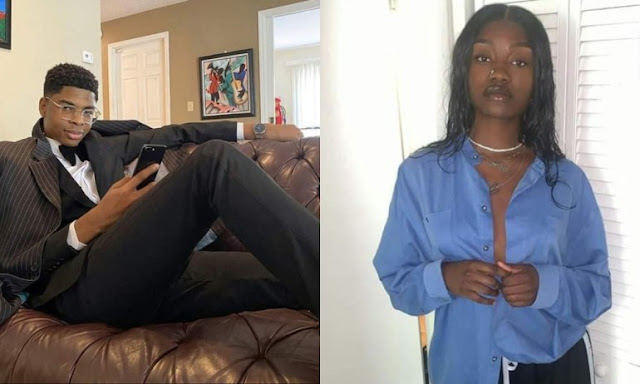 A creative designer and founder of Uhuru Designz, a United States of America-based clothing company, Izuchukwu Madubueze (simply known as Izu), has taken his own life over an allegation of sexual assault.

Izu, who resided in Tampa, Florida, reportedly moved to the US some years ago.

Our source who read Ekene’s status update, indicating that his phone was ‘blowing up’ from multiple calls, as he asked his friends to send him text messages.

He had yet to respond to a text message from our correspondent.

Izu reportedly graduated from King’s College, Lagos, in 2013, before getting a scholarship to study at the University of Florida.

The King’s College Old Boys’ Association confirmed his death on its Twitter page.

It was gathered that a Twitter influencer and female rights activist, Nanichi Anese, added Izu’s name to a list of sexual offenders on the social media late June 2020.

She claimed to have received information from some anonymous ladies, who alleged that the victim sexually assaulted them.

Izu, who was contacted by friends, who saw the post, reached out to Anese, demanding the identities of his accusers.

However, Anese allegedly declined the request, saying she had sworn to protect the ladies.

After failed efforts to clear his name, the victim was said to have taken his own life.

Izu announced his own death on Twitter using Crowdfire App, an application which allows users to schedule their posts.

As reactions trickled in, his accuser, Anese @nanichianese, claimed she had spoken to him and they had apologised to each other.

However, before deactivating the account, Anese said her intentions were noble.

“I’m aching right now and have so many thoughts, so much anger, pain, guilt, sadness. But this isn’t about me. It never has been. For those of you healing so many wounds right now, I’m sorry if any of your pain has come at my hands. This is the last of what I would ever wanted and I am really struggling because my friend is gone,” she wrote.

Findings from earlier tweets by @nanichianese showed that she had listed the names of some men, including Izu, accusing them of sexual assault.

She urged them to have some “introspection” on their past dealings and seek the forgiveness of their former girlfriends.

“I have remained steadfast and will continue. No stories will be released, no names will be released. I stand by that and will not waiver. Deal with that as you see fit and do not attach me to anything. But this thread will live on,” she wrote on her timeline.

Izu, in a private message to Anese, whom he said was a friend, demanded details of the allegations against him.

He lamented that a lot of people had been calling him after seeing his name on the list.

Anese said she was told “the harassment was not physical.”

“Again, thanks for your response; I thought we had a better relationship than this Nani, but it’s cool, I can’t shoot the messenger. No one comes to mind still. My phone is blowing up, and I myself, I’m still shocked. If you could let the person know I sincerely apologized for any way I harassed them that’d be greatly appreciated. If they need to talk, they can reach me on (phone number). Feel free to post this too,” he wrote.

However, Anese said the victim declined to speak with him.

Izu expressed frustration at the accusation and released private messages of a lady, who asked to date him in 2017.

He said while he did not wish to discredit any supposed victim’s story, his efforts at knowing his offence had been futile.

“I am still pretty clueless as to who this is, so if you feel comfortable enough, please feel free to reach out to me so I can understand wherever I went wrong and make amends and do better overall,” he wrote.

His friend, Greyhood, told our correspondent that Izu later killed himself.

He said, “He schooled in the University of Florida, where he studied something like Criminology or so. He was staying in a small apartment before he moved to a big warehouse as his company was doing fine. He was a great guy with strong will. He moved to the US more than four years now on scholarship.

“It was actually over there that the rape allegation trended. The woman compiling the list of the supposed sexual offender is also in the United States.

“I went on Twitter and saw the whole story and how he pleaded to know the accusers and even brought out his past relationships, saying he had never abused anyone in his life.

“His friends close to him in Florida confirmed that he’s dead. The Crowdfire app he used to post his death allows people to schedule their posts. So, it dropped online after he took his own life.”

A petition on change.org calling for the prosecution of Anese had been signed by over 5,000 people.

Thousands of Nigerians on Twitter also called for justice for the victim, with the hashtag #JusticeforIZU, trending for hours.