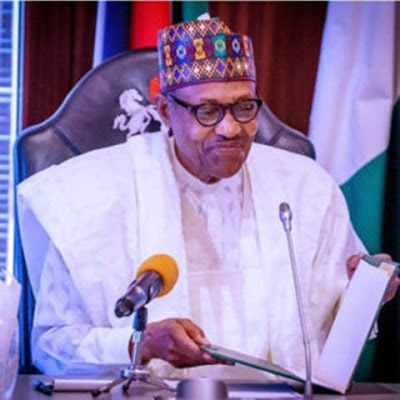 President Muhammadu Buhari has written the Senate, seeking for the screening and subsequent confirmation of 11 nominees as Judges of the Federal High Court of the Federal Capital Territory (FCT).

The letter from President Buhari was read yesterday on the floor of the President of the Senate, Senator Ahmad Lawan.

The letter read: “In accordance to Section 256(2) of the 1999 Constitution of the Federal Republic of Nigeria as amended, I have the honour to forward for confirmation by the Senate, the under-listed names of eleven (11) nominees as Judges of the High Court of the FCT, Abuja.


Speaking after the names were read, Senate Minority Whip, Senator Philip Aduda, Peoples Democratic Party, PDP, FCT who came under Order 43 of the Senate Standing Orders as Amended, however, objected to the absence of a nominee from the FCT.

‘We have obligation to re-sign Messi’ says Barcelona president
In his remarks, Chairman, Senate Committee on Judiciary, Human Rights and Legal Matters, Senator Opeyemi Bamidele, APC, Ekiti Central), who came under the same Order 43, explained to the contrary that the FCT already has Judges on the bench of the FCT High Court.

Senator Bamidele said, “What is being done by the National Judicial Council at the moment is to fill existing vacancies on the bench of the FCT Judiciary.

“What will become an issue is if you take the list of the over 40 Judges of the FCT and any particular state is missing, that is when it becomes an issue.

“A major criterion is to ensure that states that do not have anybody on the bench are given priority. I just wanted to clarify that FCT has Judges on the bench of the FCT”, the lawmaker explained.

In a related development, President Buhari has written to the Senate, requesting for the Confirmation of three members of the Code of Conduct Bureau (CCB).

The letter read, “In compliance with the provision of Section 154(1) of the 1999 Constitution of the Federal Republic of Nigeria (as amended), and pursuant to Section 1(2) and (3) of the Code of Conduct Bureau Act LFN 2004, I write to request for confirmation by the Senate, the following three nominees for appointment as members of the Code of Conduct Bureau. The curriculum vitae of the nominees are attached herewith.

Also to be confirmed is the appointment of Umar Garba Danbatta, as Executive Vice Chairman of the Governing Board of the Nigerian Communications Commission (NCC) for a second term of five (5) years.

According to President Buhari, the nominee’s appointment is In accordance with the provision of Section 8(1) of the Nigerian Communications Act 2003.

Meanwhile, the confirmation of the nomination of Idahagbon Williams Omoregie for appointment as Commissioner of the Federal Civil Service Commission was referred by the Senate President, Ahmad Lawan, to Senator Ibrahim, APC, Kano Central led Senate Committee on Establishment and Public Service.

The Committees are expected to submit their reports to the Senate in two weeks.