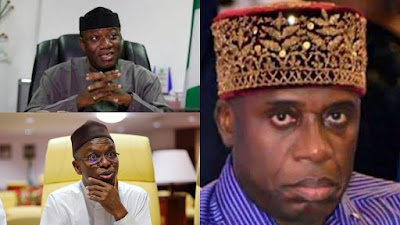 Governor Nasir El-Rufai of Kaduna State, his Ekiti State counterpart, Kayode Fayemi and the Minister of Transport, Chibuike Amaechi, have been accused of masterminding the crisis rocking the ruling All Progressives Congress (APC) in Ondo State.

According to Olatuja ten of the governorship aspirants in the state for the July 20 governorship primary may boycott the exercise.

He said the aspirants will not participate in the primary election should the Caretaker/Extra-Ordinary National Convention Planning Committee (CEONCPC) insist on indirect mode of primary for the party’s primary in the state.