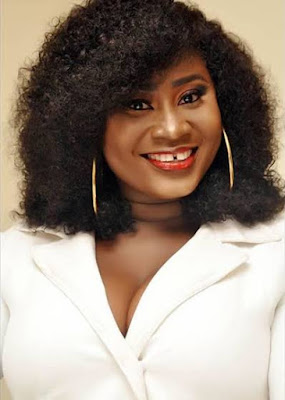 Over the years, there have been many fights between actresses who used to be friends. On several occasions, those fights spilled into social media, causing a lot of bad blood. Many have ascribed different reasons for such fights, but actress and producer, Yetunde Bakare, says the underlying problem is blind competition as well as the battle for popularity.

In an interview, the actress said, “Fake friends are a common problem because there is a lot of competition among us (actors). A lot of people create things that don’t exist just because they want to convince people they are doing fine. Because of social media popularity, actors always want to impress their fans. If a particular actor is getting many roles, her colleagues could say the person is using voodoo. Some actors don’t even know what they want, forgetting that we all have our own time (to shine). Also, whenever some actors have issues with their careers, they blame it on their friends in the industry. Some actors don’t even want to be corrected. When one tries to correct them, they think one hates them or that one is a fake friend.

“I tell people that they don’t have to follow the crowd. Some actors even borrow the latest cars from car dealers all aimed at impressing people.”

Bakare also maintained that it was a misconception that unmarried actresses do not want to be controlled by men. She added, “There are several misconceptions about unmarried actresses. A lot of people don’t understand that dating an actress is like dating a doctor. The difference is that actresses are always on the screen, while doctors are not regularly seen. The similarities between the two professions include the fact that we don’t stay/sleep at home when duty calls, and we save lives with the information we give. A lot of men are scared (of marrying actresses) because they always wonder about what their wives do on set. Because of that fear, many men can’t date actresses, talk more of marrying them.


“They believe influential people who watch the actresses on television could be attracted to them, which invariably makes them (actresses) high fliers. But actresses don’t do most of the things people think we do because we are always on screen. The fear of scandals and gossips grip us most of the time. Most actresses want to marry and have a home but men also take advantage of us. Ironically, we can’t tell anyone that we are in an abusive relationship because some people would conclude that we don’t want to be submissive. Even without listening to our side of the story, we are already judged. Many men are not mature enough to handle fame and some can’t stand their wives successes. The African mentality is that once a woman is successful and famous, she can’t be submissive to a man.

“However, I’m a very submissive person and a lot of us want to settle down. It’s not easy to get a good man because of fame.’’