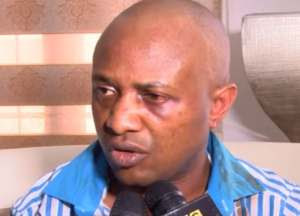 Justice Hakeem Oshodi of an Ikeja High Court on Friday ordered the Lagos State Office of the Public Defender (OPD) to take over the defence for alleged kidnap kingpin, Chukwudimeme Onwuamadike, alias Evans due to his inability to afford his legal fees.

During Friday’s proceedings, the Lagos State Attorney-General (A-G), Mr Moyosore Onigbanjo (SAN) informed the court that his team placed a phone call to the law chambers of Ladi Williams (SAN) and Co, who represented Evans’ on the last court date to enquire about the whereabouts of Evans’ counsel.

The A-G noted that his team were informed by the law chambers that Evans has not “perfected their brief”.

The News Agency of Nigeria (NAN) reports that Evans who was arraigned alongside five others on Aug. 30, 2017 on two counts of conspiracy and kidnapping has changed lawyers at least five times during the course of his trial.


Some of the lawyers who have represented Evans include – Mr Olukoya Ogungbeje, Mr Noel Brown and Mr Olanrewaju Ajanaku.

Reacting to the absence of his defence counsel, Justice Oshodi noted that Evans had developed a habit of engaging the services of lawyers who according to the judge, “disappeared halfway through trial” and this has caused delays in the case.

“The court will not breach Section 36(6) of the 1999 Constitution by going ahead with today’s business of the court which is the hearing of the no-case submissions,” he said.

The second defendant, Uche Amadi, however, did not file a no-case submission.

The defence counsel, Roger Adewole, Olanrewaju Ajanaku, M.C Izokwu and Emmanuel Ochai told the court that no prima facie (correct until proven otherwise) case has been made against the defendants by the state.

The lawyers urged the court to dismiss the case against the defendants.

Responding, the A-G asked the court to dismiss the no-case submissions of the four co-defendants.

“I urge the court to dismiss all the applications and that the defendants proceed to enter into their defence,” Onigbanjo said.

Justice Oshodi adjourned the case until Aug. 14 for ruling and possible continuation of trial.

NAN reports that the defendants are standing trial over the alleged kidnap of Mr Donatius Dunu, the Chief Executive Officer of Maydon Pharmaceutical Ltd.

According to the prosecution, the defendants allegedly kidnapped Dunu along Ilupeju Road, Lagos on Feb. 14, 2017 and collected 223,000 Euros (N100m) as ransom from his family.

The pharmaceutical boss, allegedly still held captive by the defendants because his family had not paid additional money to the ransom already collected, escaped captivity and alerted the police.