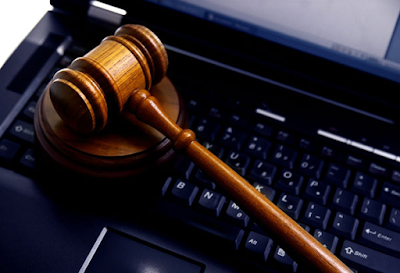 The 2020 elections into national offices of the Nigerian Bar Association (NBA) have opened online with a total of 29, 635 lawyers accredited to cast their votes.

The Electoral Committee of the NBA (ECNBA) had at 6.30 p.m. on Wednesday (July 29), circulated the final list of accredited voters while elections began at 11.00 p.m. on the same day.

The elections will end on Thursday (July 30).

The ECNBA had told NBA members that their unique identifiers to be able to cast vote would be their Supreme Court enrollment numbers.


The News Agency of Nigeria (NAN) reports that at about 10.45p.m. on Wednesday, the ECNBA began distribution of personalised SMS and e-mails to accredited lawyers containing the voting link.

The link is personal to every lawyer, who is expected to input his Supreme Court enrollment number and click on ‘authenticate’ to proceed to the voting arena.

The ECNBA further directed that at the voting arena, every lawyer should click on his or her candidates of choice, adding that once done with the selection, the lawyer should review and crosscheck before submission.

Four candidates are contesting for the Office of the NBA Assistant Publicity Secretary, and two candidates for the post of the welfare secretary.

In a statement made available to newsmen, the ECNBA said it received complaints of some NBA members being placed in branches other than theirs.

It said that the situation was regretted. He said it happened because some members, during verification, did not fully update information on their current branches and gender, and were consequently assigned the default positions.

The committee, however, advised accredited NBA members to proceed to vote and disregard any branches and gender assigned to them, as they would not have any bearing on eligibility, convenience, or result of the elections.

ElectionBuddy, which is a US-based website hosted by GODADDY, is the service (Website) provider conducting the NBA 2020 Elections.