‘Ajimobi died at a critical period in Nigeria’s history’ – Saraki 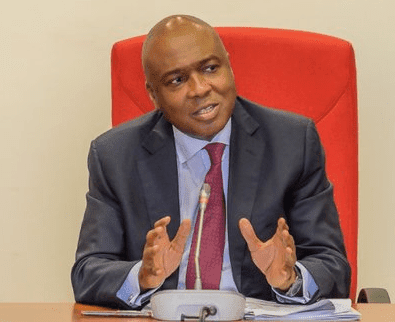 The Peoples Democratic Party, PDP, National Leader stated this while extending his condolences to Ajimobi’s family.

In a series of tweets, the former Senate President wrote: “I join Nigerians from all walks of life in mourning with the Ajimobi family, particularly Mrs. Florence Ajimobi and the children, over the passing away of Senator Abiola Isiaka Ajimobi.

“He was a jovial, friendly and selfless politician who made immense contributions to Nigeria’s development, as a Senator, and in Oyo State, where he served as a 2 term Governor. We will miss his wise counsel and mature interventions at this critical period of our national history.

“May Allah forgive his sins and grant him a place among the righteous ones in Aljannah Firdaus.

“May He also grant Mrs. Ajimobi and the entire family the fortitude to bear the loss.”

Similarly, the Governor of Kwara State, Abdulrahman Abdulrazaq described Ajimobi’s death as a huge loss to the people of Oyo State and Nigeria in general.

Also tweeting, the governor wrote: “The death of Senator Isiaka Abiola Ajimobi is a huge loss to the family, the governing APC, and to the entire people of Oyo State and Nigeria. Senator Ajimobi was a dear brother and close family-friend whose wise counsel and guidance l will forever uphold and cherish.

“My family has indeed lost a great friend and ‘egbon’; we send forth our deepest condolences to the Ajimobis and the entire people of Oyo State.

“May the Almighty Allah give the family the fortitude to bear this loss and grant him al jannah firdaus.”