With the return of Abacha's $311 million loot, we can now fight Coronavirus better - Presidency 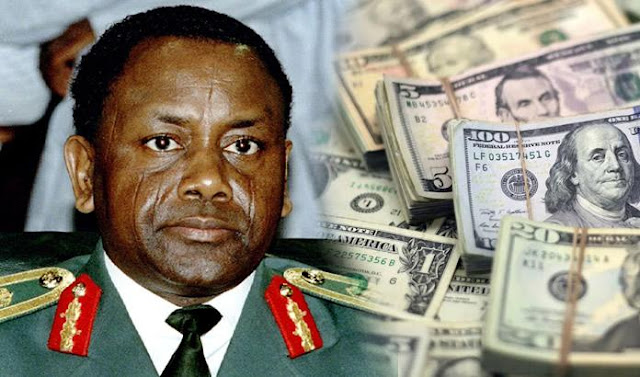 The Presidency has said the repatriation of the money stolen by the late Head of State, Gen Sani Abacha, has helped the Federal Government in the fight against COVID-19 and providing infrastructure.

According to the Presidency, the coronavirus fight would have been tougher without the money.


The Special Assistant on Media and Publicity to the President, Mr Garba Shehu, said this in a statement on Tuesday in reaction to the latest receipt of $311m Abacha loot from the United States.

The Attorney General of the Federation and Minister of Justice, Mr Abubakar Malami, confirmed receipt of the money on Monday.

The Presidency said, “These funds have already been allocated, and will be used in full for vital and decades-overdue infrastructure development, the 2nd Niger Bridge, the Lagos-Ibadan and Abuja-Kaduna-Kano expressways; creating tens of thousands of Nigerian construction jobs and local skills, which can then be useful for future projects.

“Part of the funds will also be invested in the Mambilla Power Project which, when completed, will provide electricity for some three million homes – over 10 million citizens in our country.

“The stolen money and the hundreds of millions more that have already been returned from the United Kingdom and Switzerland provides an opportunity for the development of our nation, made far harder for those decades the country was robbed of these funds.”

The Presidency further noted that the recovered money from the US and similar funds previously recovered from other jurisdictions had helped the country to address developmental challenges, including the COVID-19 pandemic.

Shehu said, “Indeed, previous monies returned last year from Switzerland – some $320m – are already being used for the government’s free school feeding scheme, a stipend for millions of disadvantaged citizens, and grain grants for those in severe food hardship.

“Without these funds, the fight against COVID-19 would be even tougher.”

Meanwhile, the Federal Government commended the UK, the US, especially the executive and legislative arms of government in those countries, for making the repatriation possible.

“Without the cooperation both from the UK Government, the US Executive branch and US Congress, we would not have achieved the return of these funds at all.

“For years many countries deemed successive Nigerian administrations as too corrupt, too venal and too likely to squander and re-steal the stolen monies – so they did not return the funds.

“Today the US, the UK and other jurisdictions have found the partnership with Nigeria they can finally trust.

“The Buhari administration is committed to, and is enacting total and zero tolerance for corruption in politics and public administration.

“The days when government was seen and used by the political class as their personal Automated Teller Machine are over.”

His June 2008 defence of the deceased remains a reference point.

Speaking back then as the presidential candidate of the now-defunct All Nigeria Peoples Party, Buhari defended Abacha during his 10th remembrance prayers n Kano.

He said, “Ten years without the late Abacha, the said allegations remain silent because there are no facts. All the allegations levelled against the personality of the late Gen Sani Abacha will remain allegations.

In May 2018, Buhari again praised Abacha for establishing the now-defunct Petroleum (Special) Trust Fund to address infrastructure gaps in Nigeria.

Buhari served under the Abacha regime as PTF chairman.

Speaking while meeting members of the Buhari Support Organisation in 2018, he said, “No matter what opinion you have about Abacha, I agreed to work with him and the roads we did from PTF exist from here to Port Harcourt, to Onitsha, to Benin and so on.”