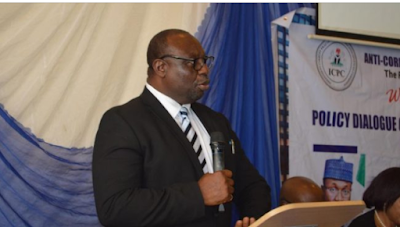 The Independent National Electoral Commission (INEC) says it cannot postpone the governorship elections in Ondo and Edo states despite the COVID-19 pandemic.
Festus Okoye, INEC spokesman, said the commission could lose its right to fix election dates if it fails to conduct the two polls within the constitutional time frame.
INEC announced the dates for the Edo and Ondo elections as September 19, 2020, and October 10, 2020 respectively.
But fears of the pandemic have led to calls for the commission to reschedule the polls to later dates.
Speaking during an ARISE TV programme on Monday, Okoye said though the 1999 constitution gives INEC the leeway to fix the date for elections, it provides a deadline for doing so.
He said: “Section 178(1) says that it is the function of INEC to fix the date of elections, but Subsection 2 says that an election to the office of the governor shall be conducted not earlier than 150 days and not lesser than 30 days to the expiration of the tenure of the last holder of the office.
“The implication is that the governor of Edo was sworn in on November 11 and we must conduct the governorship election in Edo state on or before October 13, 2020; while that of Ondo state must be conducted on or before January 25, 2021.
“The truth of the matter is that the country is faced with a situation of conflicting rights. The rights of the Nigerian people to elect their representative and also their rights to life, not to go to a polling units and die.
“So, we recognise there will be problems (and) challenges, but we are on point and we are determined to deliver on our mandate. Because, if we fall off outside the constitutional window, the implication is that going forward, the commission does not now have rights and wherewithal to pick the date of election.
“It now falls to the political authority maybe under section 180 of the constitution or under section 305 of the constitution giving the situation that we are in.
“It is not as if that we are insisting, it is the constitution that is insisting that we must proceed with this particular election.”
Okoye added that the timetable and schedule of activities for the two elections will be released on June 1.