Why returning Nigerians have to pay – Minister 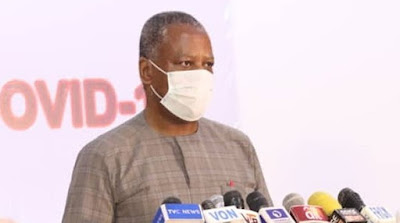 The Minister of Foreign Affairs, Geoffrey Onyeama, has said the Federal Government has no resources to foot the bill of returning Nigerians.

He said this while addressing complaints about the directives that returning Nigerians from abroad must pay N290,000 for their isolation and feeding ahead of their evacuation.

He spoke at a media briefing by the Presidential task Force on COVID-19 on Friday.

He explained that the citizens could not be housed at the National Youth Service orientation camps or school dormitories because each person had to be accommodated in a room and the only option was to keep them in hotels, noting that the best room rate in Abuja was N15,000.


The FG had on Thursday directed all its embassies not to airlift any Nigerian who did not pay for his quarantine and feeding ahead of the evacuation.

But addressing the development, the minister stated, “This is not by any stretch of imagination something the government is happy to do. As I mentioned, if the resources were there, we would evacuate everybody.”

He explained that 620 persons had been evacuated and quarantined, adding that the government was expending resources in managing them.