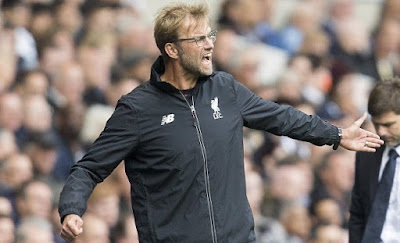 Liverpool manager Jurgen Klopp says wearing a tracksuit on the touchline has become part of his identity as a coach.

Klopp has made the tracksuit a trademark look amid his rise to prominence with Mainz, Borussia Dortmund and Liverpool.

The German says he does not feel as comfortable when he wears more professional attire as he has been sporting the casual look since his coaching career began at Mainz and it has become part of his character.

“I was a player and the next day I was the manager. In my locker room was the tracksuit of the guy who had the job two days before. It didn’t even fit me,” Klopp told The Guardian.


“I was just focused on the game. I never thought about how I look. I know it’s not too cool because we are working in public, but then when I came to Borussia Dortmund I thought: ‘Maybe I have to change’. I went for a while wearing jeans and a shirt. But I just didn’t feel comfortable. But that doesn’t mean it’s bad for you.