What just happened in the supreme court in Orji Kalu’s case? 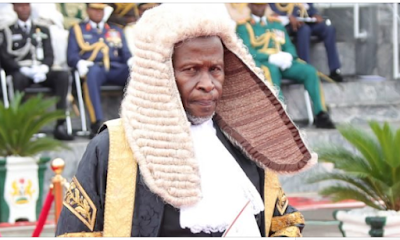 In an unexpected turn, the supreme court of Nigeria nullified the 12-year jail term conviction of Orji Uzor Kalu, former governor of Abia state and chief whip of the senate.

Kalu and two others were tried on 36-count of money laundering to the tune of N7.1 billion.
Mohammad Idris, the presiding judge, had on December 5, 2019 sentenced Kalu to 12 years in prison.

The court of appeal also upheld the judgment of the lower court.

However, the seven-man panel of justices at the apex court held that the judgment of the trial court is a nullity on grounds that Idris (the trial judge) lacked the jurisdiction to hear the case.

Mohammed Idris was elevated to the court of appeal in June 2018. However, he was granted permission by Zainab Bulkachuwa, former president of the court of appeal, to preside over the matter after Awa Kalu, the defendant counsel applied to the appellate court to issue a fiat.

On July 8, 2019, Idris was issued another fiat to enable him conclude the trial.

So what just happened?
Section 396(7) of the administration of criminal justice act (ACJA) allows a judge elevated to the court of appeal to sit over a matter at a high court.
“Notwithstanding the provision of any other law to the contrary, A judge of the High Court who has been elevated to the Court of Appeal shall have dispensation to continue to sit as a high court Judge, only for the purpose of concluding any partly heard criminal matter pending before him at the time of his elevation, and shall conclude the same within a reasonable time, provided that this section shall not prevent him from assuming duty as a Justice of a Court of Appeal,” Section 396(7) states.

That is the law then, isn’t it?
It’s not that simple. This section of ACJA is contrary to several decisions of the supreme court.
In a case between Ogbuanyinya & 5 Ors V. Obi Okudo & 3 Ors (1979), the apex court nullified the judgment delivered by Nnaemeka-Agu on June 17, 1977, on grounds that he had already been elevated to the court of appeal.

“The case was in abeyance during the civil war period and resurfaced thereafter in the High Court of Anambra State in 1976 before Nnaemeka-Agu, J. (as he then was), with 1st and 2nd defendants reported dead. Nnaemeka-Agu, J. (as he then was then was) delivered judgment, which was incompetent as he was then functus officio, having been appointed sometime in 1977 to the Federal Court of Appeal,” the apex court ruled.

Just one precedent?
Definitely more than one. In a similar decision, the supreme court also voided judgment delivered by Anthony Iguh in the case of Ourline LTD v. SCC Nig. Ltd v. Universal Insurance Ltd.
Iguh, who was the former chief Judge of Anambra state, had been handling the case at the Anambra state high court.

However, he was elevated straight to the supreme court (skipping the court of appeal) before the
adjourned date of June 4, 1993, when the case was to come up.

Iguh presided over the case and passed a verdict on July 20, 1993. The judge argued that he had not been sworn into office as at the time judgment was delivered.

In voiding his judgment, the apex court held that Iguh lost the jurisdiction to deliver judgment in the case having been issued the appointment as a supreme court justice.

Well, those were before the passages of ACJA into law in 2015, in any case…

But Gabriel Kolawole, a former judge of the federal high court in Abuja, had in 2019, also declined the request to continue hearing the case of Nicholas Ashinze, a former aide of Sambo Dasuki, ex-national security adviser, after being elevated to the court of appeal.
Kolawole had questioned the constitutionality of section 396(7).

But are there any letters of constitution breached?
In an article written by Adegboyega Awomolo, a senior advocate, in 2018, he argued that since sections 249-254 of the 1999 constitution “provide for the appointment of the judicial officers of that court whose duty includes the right to exercise the judicial powers under the provision of sections 251 and 252 of the constitution”.

Quoting other sections of the constitution, he argued that a judge of the appeal court cannot exercise the powers of a high court judge.

A commenter on social media asked: “On a lighter note, how would the justice sign the judgment? If he signs as ‘a judge of the Federal High Court’, he lies; and if he signs as a justice of the court of appeal, it is unlawful. How then does he sign?”

Idris was already in the court of appeal when he exercised the powers of a high court judge.

The president of the court of appeal lacks the powers to issue directives that are contrary to the constitution of the federal republic of Nigeria.

Where do we go from here?
The trial, which started in 2007, will start all over again.

The Economic and Financial Crimes Commission (EFCC) issueda statement after the judgment to announce that the re-trial will commence immediately.

EFCC expressed disappointment at the judgment but noted that the convictions were not set aside and that it has all the evidence.