We have a traditional cure for COVID-19 - Alaafin of Oyo 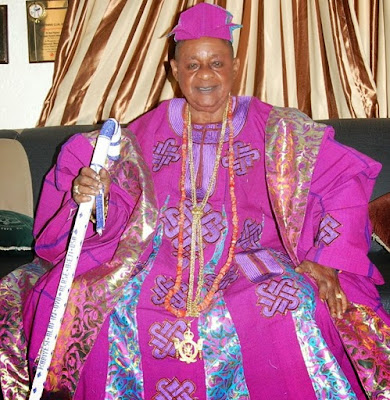 The Alaafin of Oyo, Oba Lamidi Adeyemi, has said there is traditional medicine capable of curing COVID-19 pandemic.

He spoke in his palace while presenting to the public, a book written on the late Yoruba music genre of Apala, Ayinla Wahidi, popularly called Ayinla Omowura.

The book titled: ‘Ayinla Omowura: Life and Times of an Apala Legend’, was written by syndicated columnist and former special adviser on Media to two former governors, Dr. Festus Adedayo.

While recommending the book for public reading, as one that dwelt on the culture, language and traditional music of the Yoruba, Oba Adeyemi called for a return to what he called “the roots”, to be able to fashion out indigenous solution to problems.

The monarch said that in the past, Yoruba traditional medicine treated all diseases, ranging from smallpox to diabetes and hay fever, adding that traditional herbalists were capable of sending people on message by telepathy.

He wondered whether those powers had left the people.

“There were no illnesses or diseases under the surface of the earth that our forefathers were not capable of healing. I know that those powers are still potent and are present in us today,” Alaafin said.

He cited a native herbalist in Oyo, who passed on not too long ago, saying that he specialised in conjuring out snake poisons from the bodies of the victims.

“The man would call out the poison in the snake and conjure the snake responsible for the sting wherever it was. The snake would be made to swallow its own venom,” the monarch said, stressing that modern medicine did not have that potency.

He, however, said that the traditional medicine practitioners were cautious about displaying their abilities so as not to fall foul of governmental laws and bureaucratic bottlenecks involved in proclaiming cure for ailments in the world today.

Presenting the book to Oba Adeyemi, Dr. Adedayo said he wrote it as a contribution to the huge literature on Yoruba history and culture.

He said that the book was written to send a message to people at various cadres of life on the need to be mindful of their actions and inactions, noting that Omowura would probably have lived longer if he took into consideration his societal position before engaging in a barroom fight that led to his untimely death.