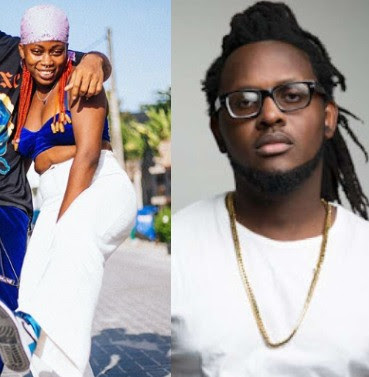 Music director and cinematographer Clarence Peters has been arrested by the police in Lagos over the death of dancer Love Divines alias Kodak.

Kodak was said to have been electrocuted while charging and using her iphone on Wednesday at Peters’ Omole Phase One residence.

She was alleged to have operated the plugged phone while sitting almost naked on the door railings with no foot wear on.

She was also said to have sustained burns on her chest where her phone allegedly fell when she flung it as a result of the shock.


Although initial reports claimed she died on the set of a music video, it was however debunked as the planned video was alleged to have been botched following her death.

It was learnt that Peters was invited at the State Criminal Intelligence and Investigation Department (SCIID), Panti, Yaba for questioning on Saturday night and has been detained since then.


Bala Elkana, spokesperson of the state police command in a chat with LIB, confirmed that Clarence has been detained and is being questioned as the police is investigating for murder. He said since the incident happened in Clarence's apartment, himself and some others who were present at the time of the unfortunate incident, have been invited.

''Yes it is true, he is in our custody answering some questions.

We are investigating the circumstances that led to her death so definitely there are questions investigators will need to find out and he is one of those that need to answer some of those questions; that is why he has been invited and some few others who were there.'' Bala said

When asked if they will be detained beyond today, he responded

'They are detained. It is full fledged investigation. It is a murder charge. We are probably looking at murder. We are not concluding at this stage. If she died of electrocution according to reports, it is left for us to find out.  Was she actually electrocuted? What went wrong? Autopsy will also show'' he said

Meanwhile, the dancer’s mother has taken to social media to denounce those impersonating her and sending account numbers for donations.

The woman, in a video shared on social media, said she neither authorised anyone nor was aware of such moves, describing those behind the fundraiser as fraudsters.

She said: “It’s a pity that she’s (Kodak’s) gone and it is painful. I just got information that a lady is posing herself to be me. I am Lasatanatu Ike, her mother.

“The girl seated next to me is her elder sister by the name Shekinah Glory Ike. Please I want you all to stand up and help me fight as you can see I cannot fight.”

On the allegation by the dancer’s mother, Elkana said no formal complaint of impersonation has been made, adding that the video would be forwarded to the SCIID for further action.