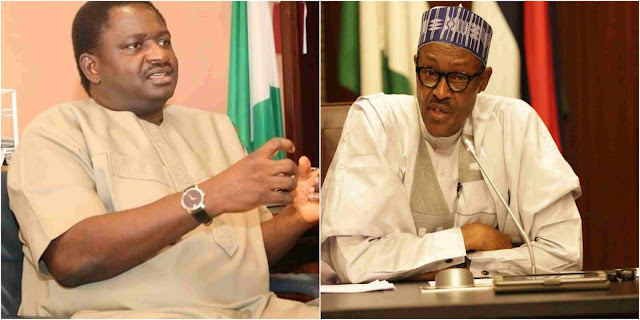 President Muhammadu Buhari’s media aide, Femi Adesina, has said it is not possible for Nigerians to order the President around.


While speaking during an interview on Nigeria Info FM on Tuesday, May 5, 2020, Adesina defended Buhari’s distant style of direct communication with Nigerians.

After a caller on the programme asked him when the president will subject himself to a media chat, Adesina said the president cannot be led around by the people.

“He has had three national broadcasts in about a month. What else do they want?

“Some people think because whether they elected a president or didn’t elect him, you must lead your president by the nose. It doesn’t happen.

“The fact that you have elected a man does not mean then you begin to order him around.

“The president will continue to do whatever is good for the country at any given time.”


Some other callers also accused the presidential spokesman of speaking to Nigerians arrogantly on a national live broadcast, a particular caller, Oreoluwa criticized Mr Adeshina for saying a caller was "sounding like a broken record", while another was being "likened to a tissue paper"