Venue for Joshua-Pulev fight to be decided May ending 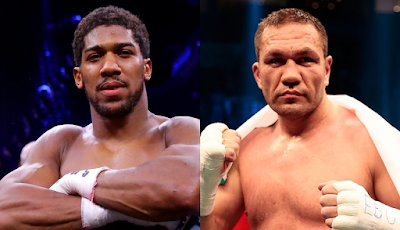 A location for Anthony Joshua’s heavyweight showdown with Kubrat Pulev will be decided within the next three weeks, according to the Bulgarian’s manager.

The Brit was due to defend his WBA, IBF and WBO titles against Pulev at the Tottenham Hotspur Stadium on June 20, but the coronavirus crisis caused the fight to be cancelled.

Joshua’s promoter, Eddie Hearn, has been in talks over a number of possible alternatives should Spurs’ £1billion ground prove unsuitable.

And now Ivaylo Gotsev, Pulev’s manager, has revealed that a decision will be made at the start of June, with venues in UK and the Middle East under consideration, as well as a Roman amphitheatre in Croatia.


“We’ve given ourselves four weeks to explore any and all opportunities that are there for the fight,”Gotsev told Sky Sports.

“Eddie [Hearn] has spoken to you about the Middle East, which is a great possibility. It makes sense, because those countries were not as hard affected and if you take the right precautions, we could really have a safe environment.

“That’s something I want to emphasise, and I can’t say it enough times – safety first. We don’t want to take a risk against anyone’s health, no way, no how.

One option for the fight between Joshua and Pulev is the Pula Roman amphitheatre in Croatia.

He said: “Whatever makes most sense, wherever we can have the best conditions under the current terms we’re living in, that’s where we’re going to go in.

‘There you have it, we have about three more weeks left on the exploring and then we’ll see where the best options lie.”

Over the weekend, Tyson Fury’s US promoter, Bob Arum, played down talk of the Gyspy King facing

Joshua this year and claimed AJ will take on Pulev outside of the UK in 2020.