Vaccine Bill: You can’t force it down our throats, Rep Kwewum tells Gbajabiamila 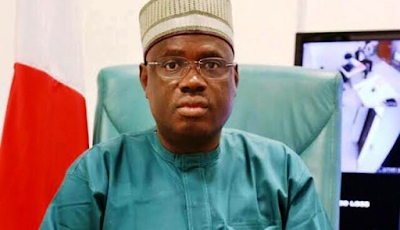 Rep Rima Shawulu Kwewum, a member representing Takum/Donga/Ussa/Yangtu Federal Constituency, Taraba State on Monday told the Speaker of the House of Representatives Femi Hakeem Gbajabiamila that he can’t force the Vaccine Bill down the throats of Nigerians.

The Lawmaker who appeared on a national television programme  said the vaccine Bill if imposed may lead to litigations to redress the situation.

“If this Bill is eventually imposed we may have to go to court to seek redress because giving such Immunity to one individual in the name of controlling infectious disease is unreasonable.


In a chat with newsmen on Sunday, Kwewum also bared his mind on why the lockdown should not be relaxed giving verifiable fact as to the negative effects of relaxing the restrictions.

He had argued that the relaxation was more political than being realistic as all the attendant signals that Nigeria should not stop the lockdown are visible for all Nigerians to see.