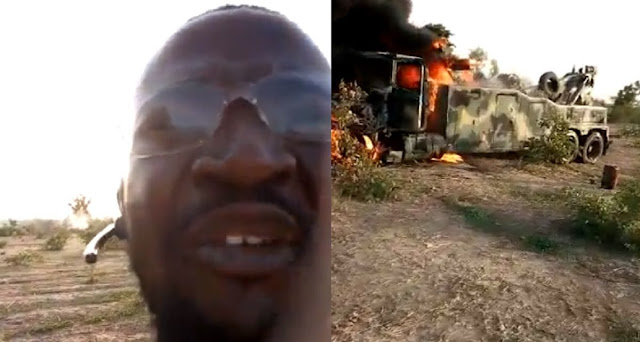 The video below appears to show an officer of the Nigerian Army expressing frustration and heaping his anger on Tukur Buratai, Chief of Army Staff, over an attack by Boko Haram terrorists.

NigerianEye can’t verify if the video – which has gone viral – is a recent occurrence but the clip shows an armoured military vehicle, known as MRAP, burning brightly with thick smokes after an alleged attack by insurgents.

A voice can be heard saying it will not be well with the army authorities for allowing terrorists to ambush them.