Simi raises concerns over plight of women in decision making 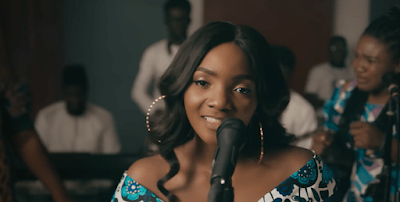 She said via her Twitter account @Simplysimi on Monday that women have to sweat to gain spots in policies and decision making processes in the country.

“I woke up angry today cos of a conversation I had before bed.


“Women are so strong. So obviously strong. You sweat blood for a spot at a table that disrespects a sweat.

“Then you spend every single day convincing people you belong there. And the damn table isn’t even all that.

“And when you say “F…. it. My life, my rules.” They ask why. It’s because it never ends. Nothing is ever enough. And complaining is a waste of time.

This is why most of the women that STAY winning have to win on their own terms. Ass-kissing is exhausting.’’

The bubbly expectant mother said that, her tweets were triggered by a discussion she had before going to bed the previous night.

She noted that although I have women are so strong but they have to struggle twice as hard to get a spot at the table, and when they get a table, they are still disrespected.

Angry at the situation of things, Simi said women have to spend every single day of their lives trying to convince people that they belong where they are.

The 32 year old singer stated that when women finally decide to be in charge of their lives and make their own rules, they are still questioned.

Simi said that she still has a lot to say about the subject matter, but noted that it is not yet the right time.

According to her, if she does not spill out what was in her mind, she may stay angry all day.

The singer stated that feminism makes many men feel vulnerable because the same society that makes them feel superior wants women to become better.

Simi explained that life would actually be easier for everyone if men also support feminism.

The singer and her husband Adekunle Gold are expecting their first child as revealed in the music video for Simi’s latest song “Duduke”.

With lines such as “I cannot wait to see you, you are the treasure I have been waiting for… I am waiting for the day I finally get to kiss you,” a heavily pregnant Simi sings to her unborn child.

Released under her own record label, Studio Brat, “Duduke” is Simi’s first official single in 2020.