Shutting church services should not affect the true worship of God 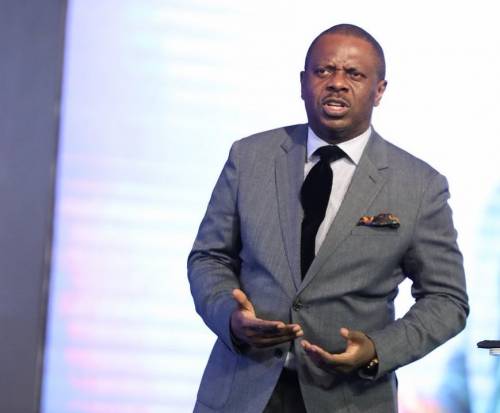 The Senior Pastor of the Covenant Christian Centre, Lagos, Pastor ‘Poju Oyemade, has said shutting church buildings does not affect the true worship of God.

According to Oyemade, Christians do not need to gather in a physical building to serve God, adding that in Biblical days, people received divine healing in public places.

The host of popular annual event, The Platform, stated this on his Instagram page.

The decision of government not to open religious places of worship due to the COVID-19 pandemic had been criticised by some prominent pastors, including Pastor Chris Oyakhilome of Christ Embassy and Bishop David Oyedepo of Living Faith International.

Oyakhilome had criticized church leaders who agreed to shut churches without consulting with fellow pastors, while Oyedepo said opening markets and shutting churches was wrong and people were prevented from receiving their healing.

But Oyemade said God could not be restricted to physical buildings.

He said, “Closing the doors of a physical building does not in any way mean the closure of the anointing of the Spirit from working. The sick we see healed in the Book of Acts were healed on the streets, in people’s homes, in public places and not within the four walls of a church. Church buildings may be shut down, but true faith and the anointing of the Spirit has not stopped working.

“There is a difference between expression of emotions and the manifestation of the anointing to heal the sick. There is nowhere in Jesus’ ministry where the healing of the sick was preceded by a congregational service.

“In the Book of Acts, the sick were healed predominantly on the streets with no fanciful service going on. Closure of a church building does not stop the rivers of living water from flowing out of your belly.

“Charles Finney began a massive revival by people praying in their homes all keeping watches at the same time. They all chose the exact time to pray and they did in their homes until the Spirit broke out on the streets.

“They did not criticise any other church or ministry of weakness. Criticising others doesn’t attest to the fact that you have strength. They only stayed with God until something broke out on the streets.”