Seven interesting things that happen during traditional marriages in Nigeria 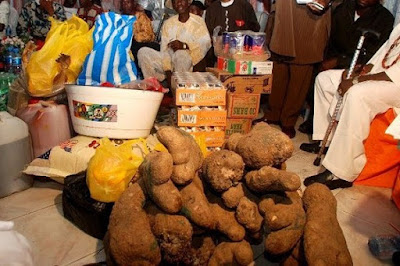 Different kinds of events make up traditional marriages in Nigeria, some totally hilarious and others interesting. Yemi Alade revealed one of her interesting encounters with a member of the Maasai ethnic group of Kenya.

According to her, the man offered her 20 cows for her hand in marriage, but his friend said she was fat and couldn’t build houses.

Across Nigeria, you’ll find many marriage rites that are similar to Yemi Alade’s encounter with the Maasai man. Hausa, Igbo, Yoruba, and other Nigerian ethnic groups have one or two interesting things about their marriage rites.

The lift test
One of the interesting things during the Yoruba traditional marriage is the carrying of the bride by the groom. It doesn’t matter how slim the groom looks or how weighty the bride is. This sight is always hilarious, especially when the woman ends up proving too much for the man to carry. 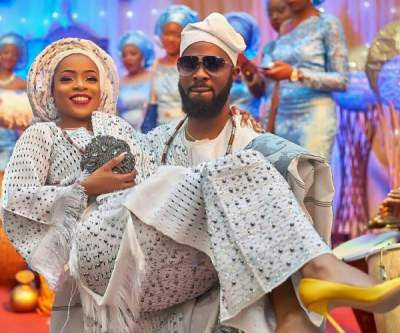 The lift test is a way for the groom to show that he has the strength to carry the bride.

Wine carrying is a rite during an Igbo traditional marriage where the bride carries freshly tapped palm wine in a cup and looks for her husband in the crowd. When she finds him, she goes on her knees and presents the wine to him. 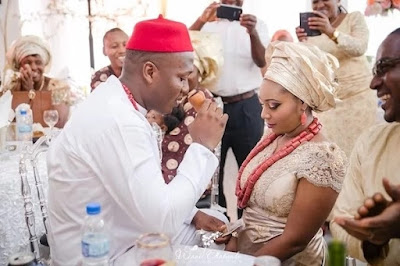 On his part, he has to accept the drink because to reject it would be to reject his wife-to-be. After emptying the content of the cup, he puts some money in it.

Catching of the bride
Catching the bride is an interesting rite that takes place during a Hausa traditional wedding. It is organized so that the groom’s family can come and “catch” their beautiful bride. The man and his family are not allowed to see the bride until they have paid the required token. This is the final moment between the bride and her friends, which can be heartbreaking and that is why they ensure that the bride doesn’t go away too easily. 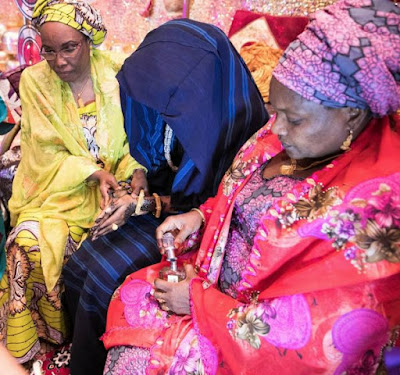 Hilarious Prayers
The Alaga Iduro is a woman who is the master of ceremonies at Yoruba traditional weddings. Usually, friends and family shower the couple with prayers of prosperity, fertility, and good health. But with the Alaga Iduro, things take a funny twist. The Yoruba people believe that a woman’s buttocks sitting in her husband’s house for long is a blessing.

It isn’t uncommon for you to find the Alaga Iduro telling the bride to hold her buttocks for this prayer. 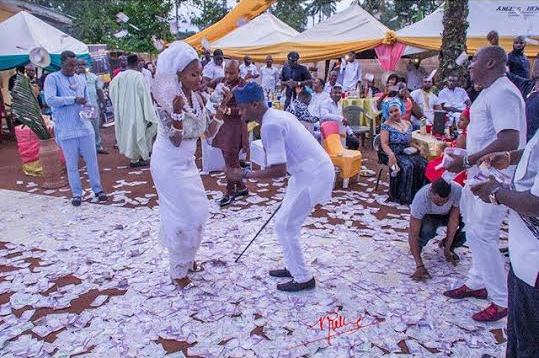 This is a longstanding tradition in the Nigerian traditional marriage scene. The bride and groom dance on stage while family and friends spray money on them. The interesting thing here is that the couple have foot soldiers whose job is to collect every last penny in bags or baskets while pretending to dance. 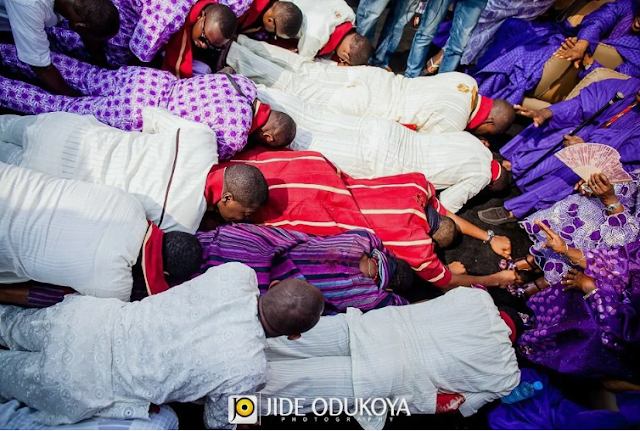 During the Yoruba traditional marriage, the groom and all his friends will come before the bride’s family and prostrate in the dust. It doesn’t matter the colour of the agbada they’re wearing or how dirty the floor is, (though in most cases, mats are laid on the floor). When it comes to respect, no ethnic group in Nigeria comes close to the Yoruba people. 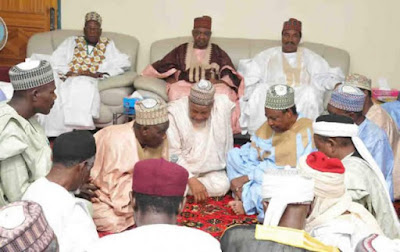 In the  Hausa culture, it is the representatives from the groom and bride’s family who exchange vows and not the bride and groom. They do this in the presence of an Imam and some wedding guests. They then go on to make prayers for the newly wedded couple and the celebration continues.

Traditional marriages across Nigeria are quite interesting for many reasons. The food, the music, the outfits, and the rites all combine to make the day memorable.