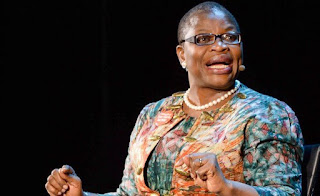 Nigeria’s former Minister of Education, Oby Ezekwesili has reacted to the demolition of two hotels for flouting government lockdown order in Rivers State.

Recall that Wike, on Sunday, demolished Prodest Hotel in Alode and Etemeteh Hotel in Onne, in Eleme Local Government Area of the State.

The hotels were demolished after it violated an Executive Order on COVID 19, despite warnings from the State government.

Reacting, Ezekwesili while condemning the action, said power in the hands of people without self discipline creates monsters.

While calling on the owners of the hotel to sue the State government, she added that Wike’s action breeds anarchy in society.

“Power in the hands of persons without self-discipline in the absence of social accountability creates monsters in any society.

“I have seen enough flagrant abuse of power among our political class to know that both they and citizens are still enamored of the unaccountable governance style of the inglorious military era.

“Such arrogance of power against citizens because of delegated temporary ‘title’.

“Democratic ethos, values, principles and nuances totally forbid the kind of action Governor Wike of Rivers took in demolishing a hotel no matter whatever “Executive Order” he signed.

“It is self-discipline that makes one with enormous powers to be restrained in exercising it. Whatever else you do as a young person preparing for Public Leadership in this land, please get self-discipline before whatever ‘title’ they start calling you to swell your head.

“It is important for the hotel-owners in Rivers State to sue the Rivers State Government. Our Democracy cannot continue to be operated in the breach by this half-civilian-half-military mentality,” she said.