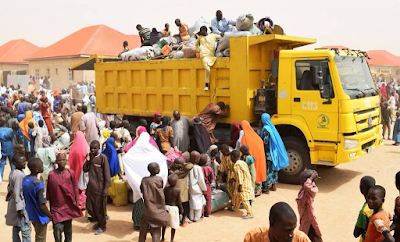 The Kwara state police command Saturday intercepted a lorry loaded with about 200 suspected Almajiris around Kanbi/Oloru/Bode-Sadu axis of Moro local government area of the state.

The lorry, with registration No. Kaduna MKA 54 XL, driven by one Shehu Hashim of Manigi in Niger state, was said to be conveying the ‘passengers’ from Funtua in Katsina State.

Spokespeeson of the state police command Ajayi Okasanmi said that: “On the instruction of the Commissioner of Police Kayode Egbetokun, the lorry and the 200 Almajiri youths were escorted by fully armed policemen to the border of Niger and Kwara states from where they will return to Katsina state they claimed they came from.

“The command wishes to use this opportunity to solicit the cooperation of inhabitants of border communities in the state to always volunteer information on movements of vehicles/people on illegal routes traversing their communities.”