Omotola slams troll who accused her of ‘wanting to trend’ 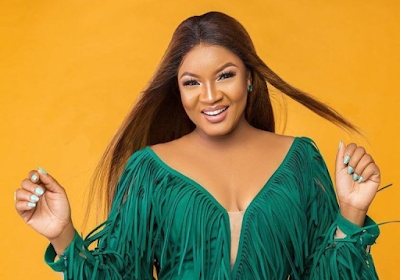 Popular actress, Omotola Jalade-Ekeinde has reacted to a Twitter user who accused her of ‘wanting to trend.’

Drama began when Omotola announced that she would follow back all fans who followed her on Twitter on Saturday and a user implied that’s she was doing it for publicity.

Omosexy as she is fondly called replied saying: “Been trending since before you were born kiddo. Doesn’t add coins.”


Years back, the actress noted that she started struggling at the age of 15.

“At age 15, I started struggling to help my widowed mother. I started working in the Entertainment Industry. While going to school, and working, faced many challenges as a female child. There were talks of being loose, perhaps being a prostitute, lack of freedom to mingle like male counterparts, rumours and fear of slander, sexual harassments.

“However, one of my early dreams was to be great at whatever I chose and be side by side the best in the World. I’m not totally there yet, but, that 12 years old iyana-ipaja little girl did take care of her widowed mum till she died, took care of her younger brothers who are in marriage stages now.

She has worked, spoken on, been awarded on World stages, and has been compared to the people she admired when growing up, from other parts of the World

“She’s still a work in progress but don’t you dare underestimate the possibilities of a Girl Child. “