No One Owes Anyone Explanation On Whereabouts Of 15 Chinese — Presidency 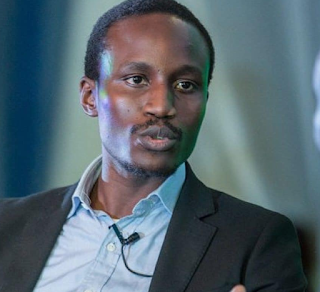 Tolu Ogunlesi, President Muhammadu Buhari’s Special Assistant on Digital and New Media has dashed the hopes of Nigerians asking for the whereabouts of the 15 Chinese experts.

Recall, at last week’s Daily COVID-19 Briefing, the Minister of Health, Osagie Ehanire when asked about the whereabouts of the 15 Chinese experts had said he does not know.

On Saturday, Fani-Kayode had asked, “Where are the 15 Chinese doctors? What is their mission? Who invited them? Is it true that they are spreading & infecting our people with COVID-19?”


He further asked, “Why did the Min. of Health tell us to stop asking questions about the Chinese?”

But Tolu Ogunlesi has said that no one owes Nigerians information on the whereabouts of the 15 Chinese experts since they entered Nigeria legitimately.

He said that the Federal Government had done its part by making sure that the Chinese were quarantined for the mandatory 14 days, adding that even the Chinese are not under any obligation to disclose their locations.

Taking to Twitter on Sunday, Tolu Ogunlesi said, “But no one owes anyone a daily accounting of their [15 Chinese] movement.

“They’re not illegal immigrants, they’ve been tested and quarantined, and having been issued valid visas, they have a right to be in Nigeria. They’re not under any obligation to have their whereabouts reported publicly.”