Nigerians lucky to have Buhari, they will miss him – Group declares 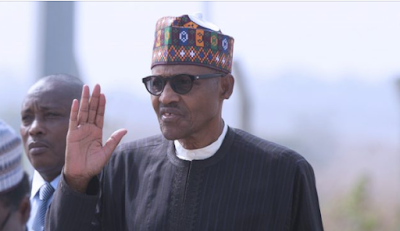 The Hajo Sani Youth Network for Buhari Support (HSYNBS) has declared that Nigerians will miss President Muhammadu Buhari when he leaves office.

This was contained in a statement on Sunday by its Coordinator, Salisu Bala Hassan and Secretary, Nwafor Odochukwu.

Their comment followed outrage over the arrest of some critics of the president in Katsina.

Katsina is the home state of the Nigerian leader.

Gambo warned that the Police will “not fold its arms and watch while disgruntled elements violate the sacred laws of the land”.

He added that anyone found to have made disrespectful remarks about others, contrary to the provisions of Cyber Crime Act, will face the wrath of the law.

Reacting, HSYNBS lamented that many other Nigerians had been “insulting” Buhari on social media.

“It was disgusting when we heard that some people from North allegedly insulted the President and the Governor (Aminu Masari) in a viral video”, they noted.

“A day will come when Nigerians will miss President Muhammadu Buhari. For now, some people don’t know how lucky we are to have him.

“As for us, we appreciate all he has done for us. May Almighty God make it easy for him and give him the ability to keep doing good for Nigerians.

“If we keep running away from our responsibilities of being good citizens, we fear for our fatherland when it is our time to rule. Only a good citizen can make a good leader.”