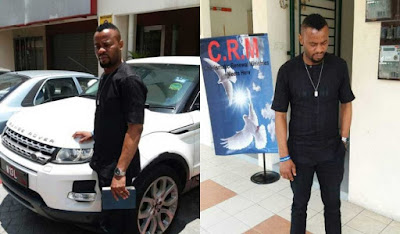 Evangelist Nwabueze Franklin Kelechi of CRM (Charismatic Renewal Ministries), Franklin reportedly died after he jumped from his apartment at Skyvilla, Serdang, Selangor in Malaysia — an incident said to have occurred on Thursday morning, 30th of April.


The younger brother of the late evangelist, one Ernest Ugonna Nwabueze, narrated how he received a call at around 11:30am on April 30 from a friend who apprised him that a man believed to be his brother jumped from a two storey building.

Ernest dashed to the scene and discovered that it indeed was his brother — he then put a call through to the local authorities and the body of the Evangelist was moved to the morgue.

According to reports, Franklin was said to have been going through a rough patch at the time he died.