Nigeria will ‘refund’ any diverted part of Abacha Loot -US 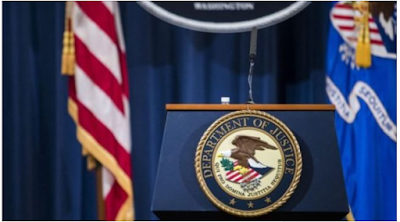 The United States department of justice says it will retrieve any part of the repatriated Abacha Loot that is improperly diverted.

In a letter signed by Stephen Boyd, the assistant attorney general, and addressed to Charles Grassley, chairman of the senate committee on finance, the US said the repatriation of $311.8 million was done based on conditions.

“The agreement directs that the returned funds be used exclusively for certain specific defined purposes,”

“Constraining the use of the funds in this way promotes transparency and facilitates monitoring and auditing by independent bodies, as well as by the interested public.


“These funds will be dedicated to specified segments of larger, on-going crucial infrastructure projects in Nigeria for which these and other funds have been appropriated under Nigerian law.”

The infrastructure projects are said to be monitored by the Nigeria Sovereign Investment Authority (NSIA).

“The department shares a firm commitment to rigorous and accountable oversight to ensure that repatriated funds are not re-stolen or otherwise diverted to an illicit or inappropriate purpose,” Boyd said.

“The agreement also prohibits certain expenditures. Among the expenditures that are specifically disallowed is any use that would benefit the alleged perpetrators of the underlying criminal conduct, including the current governor of Kebbi state, Abubakar Atiku Bagudu.

“Should any of the parties—including the United States—conclude that any of the returned funds had been used for an ineligible expenditure, a ‘claw-back’ provision would then obligate the FRN to replace fully any such improperly diverted monies.”

Conditions for the repatriation were listed to include:

In February, the US department of justice said its Nigerian counterpart is hindering its efforts to recover the allegedly laundered money from the UK and accused Bagudu of being a part of a network controlled by Abacha that “embezzled, misappropriated and extorted billions from the government of Nigeria”.