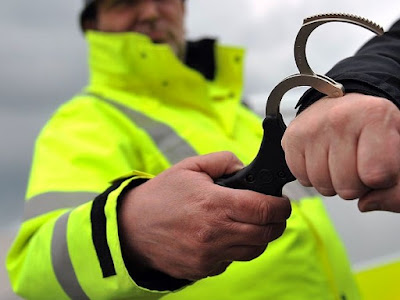 A man trying to evade police arrest in Harworth, Nottinghamshire, England, reportedly gave up himself when he farted thereby attracting the attention of the officers.

The officers from Nottinghamshire police were said to have gone to the man’s house to effect his arrest after obtaining a warrant.

But on getting to his residence, the man had fled into into a woodland near Brookside Walk, with the officers launching a manhunt after him.

The officers were said to have lost track of him after chasing him for a while. The search, however, came to a halt when they heard a noise “believed to be the sound of someone breaking wind,” according to the force spokesman.

The police officers had traced where the noise emanated from and eventually arrested the fleeing man alongside another suspect also found hiding behind a fireplace at the address.

“I was almost out of wind running but luckily [the suspect] still had some. I heard him letting rip and followed the noises to a bush,” BBC quoted one of the officers to have said.