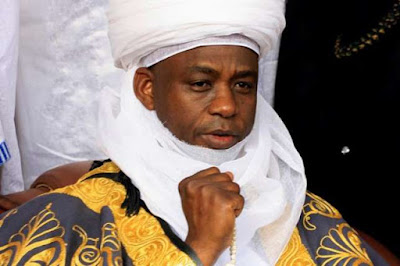 The Sultan of Sokoto and President-General of Nigerian Supreme Council for Islamic Affairs (NSCIA) His Eminence, Alhaji Muhammad Sa’ad Abubakar, on Monday, urged Nigerian Muslims to look for crescent of the moon from Friday which will serve as an indication to the end of the one month Ramadan fast.

Abubakar made this declaration via a statement signed by Professor Salisu Shehu, Deputy Secretary-General, NSCIA.

He said that the advice was in line with the advice of the National Moon Sighting Committee (NMSC), that Muslims should look for the crescent from Friday, 22nd May, 2020 which is equivalent to 29th Ramadan, 1441 AH.

Abubakar said, “The Nigerian Supreme Council for Islamic Affairs (NSCIA), under the leadership of its President-General and Sultan of Sokoto, His Eminence, Alh. Muhammad Sa’ad Abubakar, CFR, mni, felicitates with the entire Muslim Ummah in Nigeria and all over the world on the 1441 AH Ramadan Fast. The Council prays that the Almighty Allah grant us the opportunity to witness more of it on earth. Amin.

“Following the advice of the National Moon Sighting Committee (NMSC), Friday, 22nd May, 2020 (G) which is equivalent to 29th Ramadan, 1441 AH is the first day to look for the Crescent of Shawwal, 1441 AH. However, on that day, the moon will set few minutes before the sun which makes the sighting of the crescent practically impossible.

“Nonetheless, the President-General, in compliance with the Sunnah of the Prophet (SAW), enjoins the Nigerian Muslim Ummah to search for the crescent of Shawwal 1441 AH immediately after sunset on Friday, 22nd May, 2020 equivalent to 29th Ramadan, 1441 AH.

“Muslims all over the country are hereby enjoined to be on the lookout for the announcement by His Eminence, the President-General of NSCIA, on the termination of this year’s Ramadan fast.

“In addition to established and traditional Islamic leaders in each locality, members of the National Moon Sighting Committee who can be contacted to report credible positive sighting of the Shawwal crescent.”