I wish I was as disciplined as Buhari -Amaechi 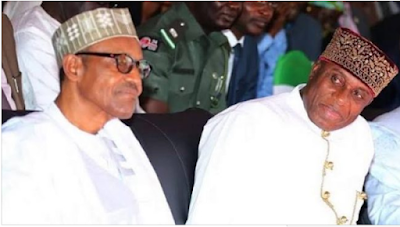 Rotimi Amaechi, minister of transportation, has expressed admiration for President Muhammadu Buhari, saying he wished he had his level of self-control.

According to him, not many leaders can resist the urge to regularly respond to negative criticism as Buhari.

He said this in an interview with The Punch, during which he said his role models in politics are Peter Odili, Rufus Ada-George and Buhari.

“(I admire) the discipline of Muhammadu Buhari. I wish I was that disciplined. People think it is easy to be disciplined but it’s not. If you want to know what discipline is, try to stay hungry for one month. I’m not talking about fasting. Or imagine someone craving chocolate (or any other thing) and not taking it, even if it is right in front of you,” he said.

“President (Major General) Muhammadu Buhari (retd.) is so disciplined that he is able to resist temptation to reply his critics when they abuse him.

“Also, I admire his love for the country. That trait can also be found in (former President Olusegun) Obasanjo. They have fierce love for the country. However, the difference between both men is that Obasanjo thinks his idea of growth for the country is better than anybody else’s own. But there can always be alternatives. And maybe Buhari’s own could be another one.”

He also spoke of his experience as a politician, saying he had reservations about his son becoming active in politics because of the way it is played in Nigeria.

“Nigerian politics is not something one would want one’s child to go into because there are no rules. One can be easily destroyed. One must have the grace to survive. I don’t know if he has that grace (and I’m not talking about tact or sagacity) to survive because it is a man-eat-man world,” he said.

“You can see what is going on in Rivers State now – young men, who God used one to help rise in politics are now turning against one. If God wasn’t by my side, I may not have been standing till now.

“There is a lot of betrayal and I don’t know if he can survive that because he literally grew up in Europe. One has to be a hard man to survive the betrayals in Nigerian politics.

“Imagine someone you used to sleep on the same bed with and have given both financial and political assistance to selling you out because of his ambition. One of them said he helped make me! Meanwhile, when we were in court, he wasn’t there with us; he ran away. Meanwhile, these are men that used to literally prostrate themselves on the floor for me. But because I’m a simple man, I always told them not to do all that. I told them they should only do that for God and not for people like us. So I ask myself, can my son withstand these intrigues?”

When asked to comment on the recent demolition of hotels by Nyesom Wike, governor of Rivers state, Amaechi said he would prefer to “remain quiet and focus on transportation”.