I made Kanu angry at Arsenal – Fabregas 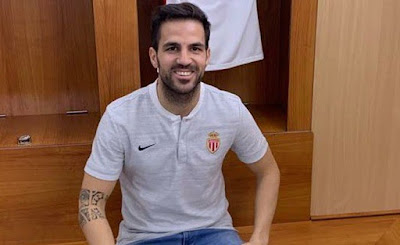 Former Arsenal captain, Cesc Fabregas, says he made Nigerian Nwankwo Kanu angry during their time at the London club.

The Spanish midfielder, now with Monaco, joined the Gunners as a teenager in 2003 from Barcelona and was highly rated by manager Arsene Wenger, but largely unknown to the more established Arsenal stars.

The 33-year-old revealed that while trying to impress the manager and his teammates in his first training at the club, he tackled Kanu, which made the Nigerian unhappy.

“My first training when I joined Arsenal, I was all in my head trying to impress and I made a tackle on Kanu and he was so upset with me,” he told Arsenal legend, Thierry Henry, during an Instagram live video monitored by our correspondent.


“When you’re young, sometimes you don’t think; you just want to go there and prove yourself without realising that you’re playing alongside World Cup winners. At that moment you just want to do your best and most times, the passion gets the best out of you,” he added.

Both players featured for the Gunners for one season before Kanu left for Portsmouth in 2004, after spending five years at the club.

Fabregas went on to become a club legend at the North London side, scoring 57 goals and providing 92 assists in 304 appearances.